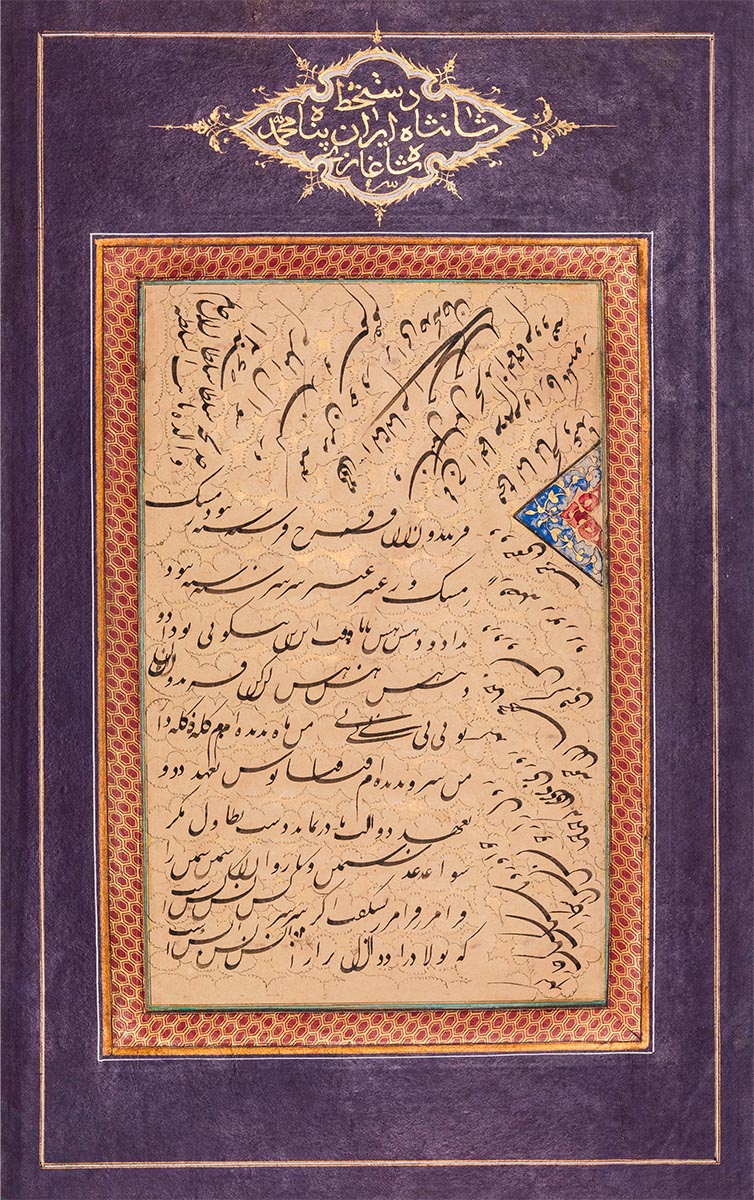 Known as the highest art form to Persians of the past and present, the practice of Persian calligraphy is at once a graphic, alphabetic system used to convey information and poetry; to decorate manuscripts, objects and buildings; to create modern works of art; and to transcribe the divine. Some consider it the literal word of God, and it has been likened to the greatest works of classical music. At the same time, this alphabetic system can be seen on storefronts in Iran. Like no other system of writing in the world, Persian calligraphy or Nasta’liq hovers on the boundary between art, information and the profoundly religious, raising the very question of whether a system of writing can be considered an art, and how it is that an alphabetic system can encompass so much.

The film “Art, Beauty, Music and God - The Story of Nasta’liq” will explore these questions and others as it introduces viewers to this ancient art form, still very much alive today. Through live action footage and interviews, the film travels from the studio of a graphic artist writing in Nasta’liq on his computer screen, to curators at the Metropolitan Museum of Art and the Smithsonian, discussing the development of the ancient form.

“I have learned everything from calligraphy,” says a master calligrapher in the film, tracing the lines of the ancient script in preparation for prayer. “How to live, how to improve my personality, how to deal with the world. Calligraphy is not just a beautiful piece of writing, it is life.”

The film ends as teenagers paint Nasta’liq graffiti on the walls of a building in downtown Tehran.